Remedies for Bug Bites and Stings 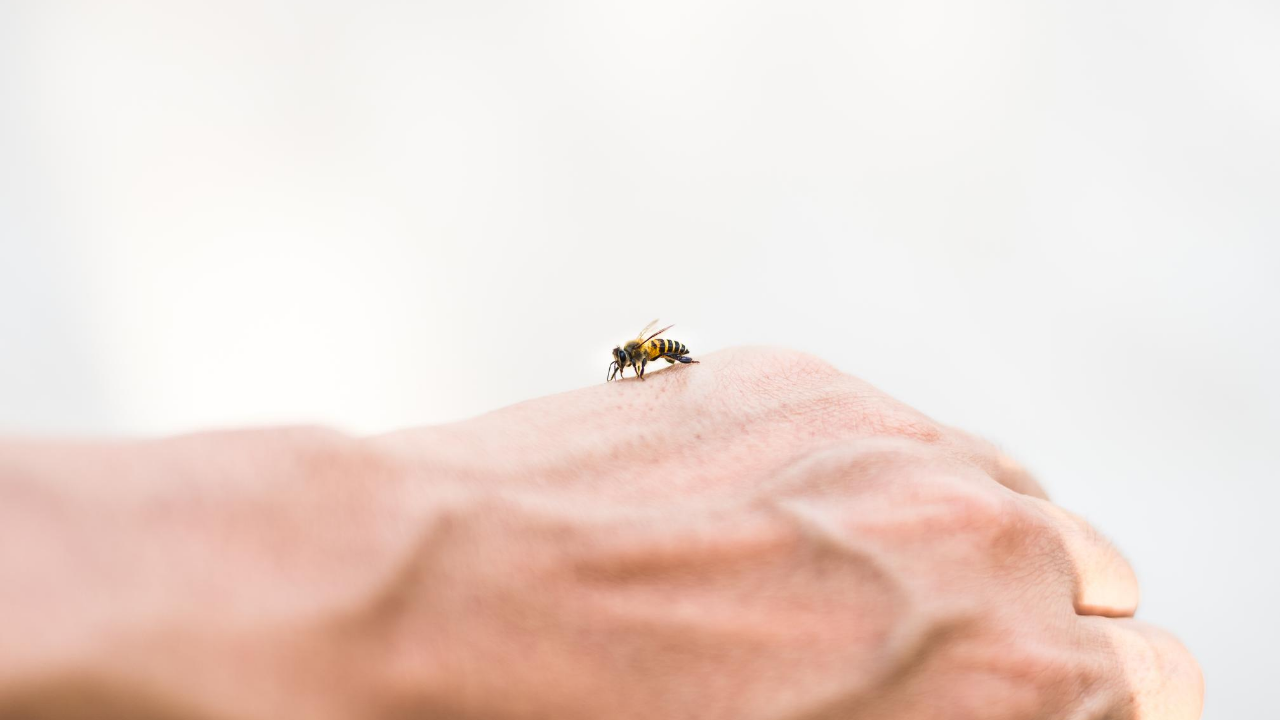 With the warmer weather, flowers of every kind can be found around cities and blooming in people's yards. It is really quite beautiful and my favorite time of year. But with this comes the insects to pollinate these plants and other creatures that can bite and sting us. It is always a good idea to have some good remedies available in the event you or someone you know is suffering from a bite or sting.

Anaphylactic shock is the greatest worry for someone having an allergic reaction to a poisonous bite or sting. This is most common after a bee or wasp sting. It is sudden, severe, and possibly fatal if not treated appropriately. Once a person has developed an allergy to the venom, their reaction usually becomes more acute with each reaction.

Symptoms of anaphylactic shock could include an immediate drop in blood pressure, fainting, hives, itching in any part of the body especially ears, mouth and throat, mental confusion, and rapid swelling of the affected part.

The allopathic treatment for anaphylactic shock is an injection of epinephrine, a synthetic form of adrenaline. Those who are severely allergic should carry an epi-pen so they can give themselves an injection to help reduce the reaction. Benedryl will also help. If someone is experiencing these reactions, it is absolutely necessary for them to get to the hospital fast. It can be life-threatening.

Thankfully, there are homeopathic remedies that can be given that may work equally as fast and effective as the allopathic drugs. Apis Mellifica is the leading remedy to think of when there has been a bite or sting and anaphylactic shock is happening. It will usually help best if given in as high of potency as possible and fairly often if the person responds well. Apis corresponds well to the rapid swelling being from the honeybee. Other remedies to consider are Aconite, Belladonna, and Carbolic Acid.

Bee’s stingers have barbs and they lose them after the injection, causing them to die. Removal of the stinger is important and should be done as quickly as possible. Never squeeze the stinger as this puts more venom into the skin. Scrape across the stinger with a flat-edged object like a penny or credit card edge. This pulls the barbed stinger out. Ice applied quickly will help reduce swelling. Apis should be considered as well as Ledum. Ledum may benefit if the swellings are accompanied by burning pains and are aggravated by motion and warmth but benefited by cold applications.

Wasps, yellow-jackets, and hornets have stingers without barbs. Unlike bees, they can sting repeatedly. Do your best to get them off of you to avoid repeated stings. Think again of Apis, Ledum, and Arnica.

Exposure to ticks can be found in heavily wooded areas and off of animals that have roamed there. Tick bites in themselves are not usually so problematic but the diseases they carry can be very severe. Rocky Mountain Spotted Fever (RMSF) and Lymes disease are two of the most bothersome. RMSF is most common in the western United States. Symptoms include fever, headaches, and muscle pains, followed by a rash. The rash is distinctive in that it has many individual spots making up the rash. Lyme disease is caused by the spirochete Borrelia burgdorferi. It is transferred from the tick into the bloodstream. There is an incubation period of about one month before symptoms appear. The bite often becomes enlarged and a red ring around it. After this clears lesions or blotches develop on the skin. Many people experience flu-like symptoms with fever, muscle aches, chills, lethargy, and a stiff neck. If left untreated, arthritic symptoms may appear.

Removal of the tick should happen as soon as possible. The tick will bore its head into the skin and can be difficult to remove. The heat from a match that has been blown out and immediately placed near it will create discomfort and cause it to release its grip. Sometimes petroleum jelly applied over the tic will suffocate it and cause it to lose its grip. Removal should be done by tweezers and the tick should be kept for identification by an expert later. Do not leave the tick's head in the skin as this could lead to infection. Clean the wound well.

Treatment of the tick bite is important. Calendula or Plantago ointment can be applied. Ledum is probably one of the best for tick bites. Think of Arnica, Cedron if there is any periodicity to symptoms and Echinacea if there is any infection in the blood.

If the effects of tick bite lead to more complex symptoms that are diagnosed as RMSF or Lymes disease, a more thorough case needs to be taken and a remedy prescribed for the whole person.

Mosquito bites can be very irritating and also can carry serious consequences. In some parts of the world, mosquitoes can infect a person with malaria, dengue fever, or yellow fever. These conditions also need to be treated by taking a more thorough case of the individual. The irritation of mosquito bites can be treated Calendula, Ledum, or Staphysagria.

Spider bites can also be as deadly as a snake bite depending on the species. Both of these bites need to be treated as quickly as possible and the person should be taken to the hospital for immediate medical attention. Symptoms of spider bites can include convulsions, cramping, acute severe pain, breathing difficulties, headache, itching, stiffness, spasms vomiting, and weakness. Some spider bites can lead to localized necrosis that can take months to heal. Crotalus Horridus is often the remedy for this condition.

Ideally, if bitten by a spider, one should try to capture it if possible for identification.  Other remedies to keep in mind are Tarantula Cubensis, Latrodectus Mactans,  Ledum, and Lachesis.

A good exercise in learning more about remedies for bites and stings is to study Materia Medica for each of the remedies listed below. Investigating these remedies will give a better picture of each of them and the reasons to prescribe them.

By studying these remedies, you will learn much more about them. Remember that homeopathy is about collecting the symptom picture accurately and prescribing to the whole person. Having an emergency kit available so you can treat the person is highly recommended. These bites and stings are never planned for and can be potentially fatal for some people. Having remedies available will allow you to help and can potentially save a life. Remember in any emergency to ask for help from higher powers, get help, and get the person to medical care as soon as possible.