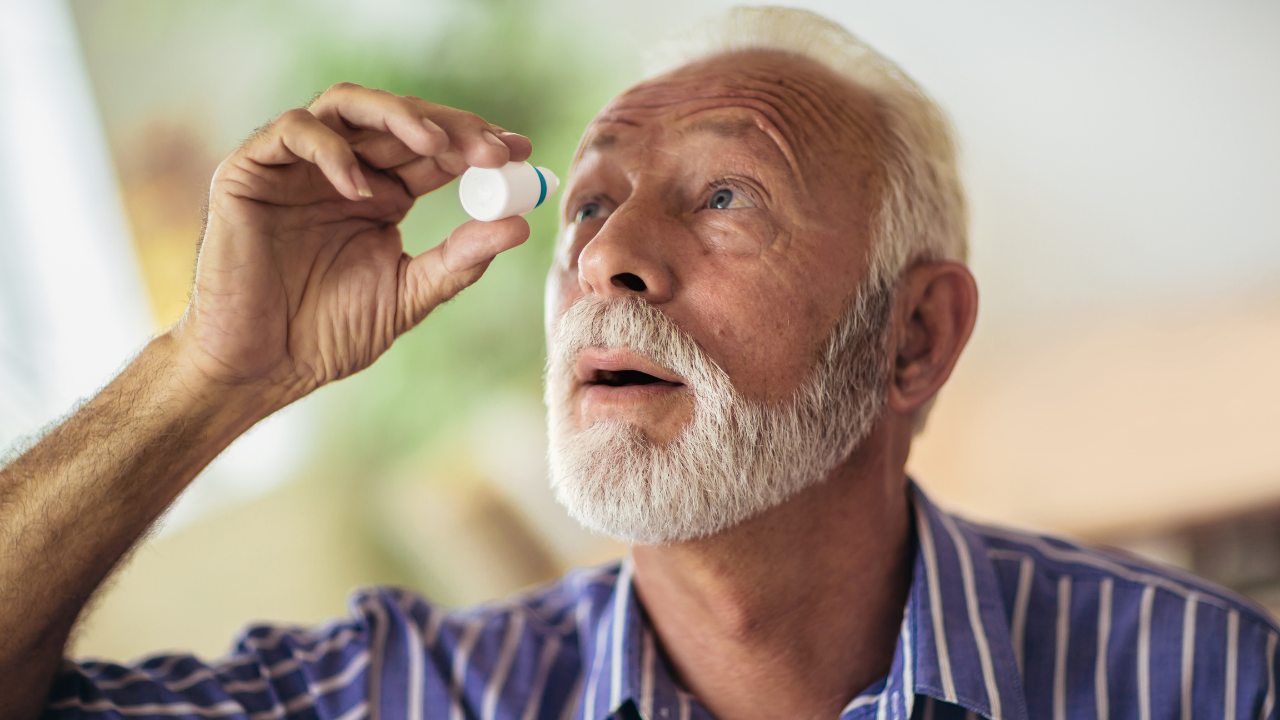 Glaucoma is optic nerve damage, often associated with increased ocular pressure that leads to progressive and irreversible loss of vision.  Glaucoma is the third leading cause of blindness and effects around 14 million people worldwide. It happens when there is an imbalance in the production and drainage the of aqueous humor leading to an increased eye pressure.

Normally the aqueous humor, which nourishes the eye, is produced in the ciliary body behind the iris and flows to the front of the eye where it drains into canals between the iris and the cornea. When this process is working normally, the inflow equals the drainage and normal eye pressure is maintained.

In glaucoma, the canals that drain the fluid become clogged, blocked, or covered and the fluid increases pressure and effects the optic nerve in the back of the eye. When the optic nerve becomes damaged glaucoma is the result.

There are two types of glaucoma:

The causes of glaucoma are not known. Injury, surgery, irritation, cataracts, and heredity factors can play a part in why glaucoma develops. From the German New Medicine perspective, glaucoma effectively turns the lens, because of the higher pressure, into a magnifying glass which happens for a person who wants to reach their goal as rapidly as possible. They may have an anxiety about the immediate future. They may feel the need to approach things more closely because in the past they have been a little too late and fail when success should have been possible. With magnification, one can reach this goal since it appears much closer.

Detecting glaucoma requires seeing an ophthalmologist to have the eye pressure measured. This is done with an instrument called a tonometer. Eye pressure greater than 20 to 22 millimeters of mercury pressure is considered abnormal. But often there are people who have glaucoma with normal eye pressure and optic nerve damage can be seen only with a slit light and the doctor looking through an opthalmoscope. Sometimes visual field testing can detect blind spots. The last test available is looking in the eye with a special lens to examine the drainage canals. This proceedure is called a gonioscopy. It can acurately diagnose open-angle or closed-angle glaucoma.

Drug therapy is the most common treatment. There are many classes of drugs used but they all have either decreasing the aqueous humor production or increasing the drainage outflow as their effects. All of these drugs come with a list of "side" effects. They must be used carefully and the condition monitored regularly. Surgery can be recommended if the eye drop drugs are ineffective. There is no known cure for glaucoma and if damage to the optic nerve happens, there is no way to restore the nerve.

Homeopathy can offer help. It is important to find out the story of the person's life. There are many reasons for why we get sick the way we do, so a condition of the eye and vision is only part of the clients story. If there have been any changes in vision or pain, the changes must be understood completely. This will help to find the right remedy that has a similar sensation. Rubrics that may be useful from the Complete 2009 Repertory are:

Treating glaucoma requires treating the whole person. If the onset of the dis-ease is rapid, then treating glaucoma as an acute will require medium (30C-200) to higher (1M-10M) potencies and more frequent repetition of doses (1-3 times per day). If the onset is slow, then a lower potency approach often works better. Giving a remedy one time per day in the 6C to 30C range will often have a beneficial effect. Remember, potency selection is based on the strength of the dis-ease expression of the vital force. So treat the person accordingly. The remedy is to inspire healing and is for the person, not the disease.

As you can see, there are 75 different remedies listed under glaucoma. It pays to do research on these if considering prescribing for glaucoma.

Here are some remedies to consider that have strong affinity with the eyes and have been more useful in treating glaucoma:

The drugs offered for glaucoma should not be removed if the client is taking them. They can control the disease and the consequences of the increased pressure over time can be severe. It is best to start giving the remedy and increase the monitoring of the eye pressure. This way the drugs can be lessened with the supervision of an Ophthalmologist as the condition improves with homeopathy. Vision is nothing to take lightly. It is one of our most important senses and should be cared for as such. But where the drug therapy can only treat the symptom and often with "side" effects, homeopathy can offer a cure as the body heals itself, safely and permanently.